Nowadays, should you have the means to start a business, the resources available are endless: the internet, of course, analyses, studies, bulletins, logistic support and so on.

But I have in mind a different time.

An immigrant quarryman. Let's call him Evan Evans (a good Welsh name) stands in a Vermont field, circa 1835.He has just spent the last of his family's money securing a lease on the field. Looking around he studies the slate outcroppings again, and in an early 19th century kind of way, he's figuring out how to start a business.

It helps to know where and what he left behind. He is not a cigar-waving developer, an entrepreneur carving out tracts of land for future exploitation. He is a poverty-stricken quarryman from North Wales, one whose extended family pooled such savings as they had to send him to the United States in search of work. He might have a change of clothes, a few hand tools and what is left of his money. He does have the skills of the trade.

From the twelfth century through to the early eighteenth century, slate was being quarried from the mountainous region of North Wales, now known as the Snowdonia range. It found use as building material, for flagstone floors and increasingly as roofing material. The local inhabitants followed a hard-scrabble, subsistence life-style; most would own a few sheep, the wealthier a cow, and whatever crops the unforgiving terrain would support. The savior was Common land, land designated by law for everyone's use. Here, livestock could graze, crops grown and slate could be quarried.

By the early seventeen hundreds slate was becoming a tradable item, though on a very small scale. A hundred slate might be floated to a nearby city on a canal barge. Whatever pittance was made had to survive beggars, riff-raff and tavern keepers on the long walk back home. It was just another desperate way to make ends meet.

However, this was to change overnight.

The English gentry of North Wales were despised by the Welsh for their tenuous claims to land, inherited titles and fortunes. They were also feared, as they levied taxes at will and by virtue of their titles controlled the court system. These marble-mouthed, gin-soaked 'noblemen' ruled with impunity. Their lot hardly could have seemed possible to improve. Suddenly, however, they became aware, that beneath their fat, flatulent backsides was a large fortune they had overlooked.

They moved swiftly. Friends in power assisted. The laws establishing Common land disappeared when Parliament passed the 'enclosure act'. Cattle, sheep and quarrymen alike were promptly evicted. This land was returned to the rightful owners (the nearest English nobleman), who welcomed the Welsh to return as their employees in the quickly-formed slate quarries. The Dinorwic quarry, The Blaenau Ffestiniog quarry, the Penrhyn quarry, names burned into the memory of the Welsh, along with their owners, the four Lord Penrhyns, Lord Palmerston, Assheton Smith, Nathan Mayer-Rothschild, Lords Pebblebaum and Malbraith.

The British Industrial Revolution had raised its head. It howled for wood, for iron, for coal and for slate to roof the Empire.

The Welsh, faced as ever with only dire alternatives, sucked it up and went to work. Their inner fury was vented alternately with excessive drinking, Calvinistic Methodism, singing and a remarkable surge in the birth rate.

By the early 1840's the three main quarries collectively used close to eight thousand men and boys. Profits soared to 73% of the total expenditure. Fortunes were made, doubled and tripled. In the quarry, production was paramount, safety of no consequence. Men and children died daily, from rock-falls, explosions and hunger. Efforts to organize labor were crushed by ever-demanding ownership and it seemed the future was as bleak as it always had been.

Then, from far away, came a rumor, passed around in disbelief at first, but then with hope.

They found slate in America.

It was from this brutal social and industrial mayhem that our quarrymen came. First to Poultney, VT (Vt. Rte 30), to Brownsville ME, Monson ME, Lehigh valley PA, Delta PA, Granville NY, Arvonia VA and the witless to Georgia and Alabama.

I see our man, Evan Evans, sitting now, on a slate outcropping, in a bucolic Vermont pasture, contemplating his business plan, in a 19th century kind of way. A free man about to dig his own quarry, make his own slate. No longer a quarryman but a quarrier. 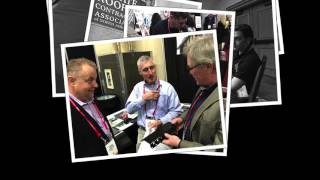